The outcome of 8th HEVC meeting (San-Jose) in the last week was the committee draft of the High Efficiency Video Coding (HEVC or H.265) standard. HEVC will further reduce by 50% the data rate needed for high quality video coding, as compared to H.264 or MPEG4 AVC.

According to a report from EE time, the committee draft is seen is an important but not a final milestone in the standard’s progress. The spec faces two more hurdles before it is cast in stone. Attendees at the standards event here had mixed opinions about whether or not the standard was now stable enough to start design work. Some companies claim they are already starting chip designs for HEVC, others say they will wait about six months for the standard to progress to the next and more stable milestone, the draft international standard expected in July. The group aims to ratify a final standard in January 2013.

Near Field Communications (NFC) a short range communication system based on RFID technology that utilizes a reader/tag for two-way communication between two items. NFC is integrated with many devices and may be employed for various purposes and applications including mobile commerce, mobile marketing/advertising, identification/security, and more.

In 2011, only 5% of the total mobile phones were NFC-enabled; it is estimated that in the coming five years, this number will rise to approximately 46% by 2016. This indicates the rapid adoption of the NFC technology and the increasing mobile application of NFC technology. As more number of NFC products is made available, the market will see the growth in verticals such as retail, ticketing, and smart advertisement application.

The NFC market is almost evenly distributed amongst North America, Europe, and APAC. North America and Europe are the major contributors in the NFC chips market with combined share of more than 60%. APAC is fast catching up and had almost one fourth of the share of the total chips market in 2011. APAC is the fastest growing region. This high growth of NFC market in APAC is attributed to the countries such as Japan, China, and South Korea. These countries were amongst the early adopters of technology. Currently, the NFC application market constitutes a smaller group of players. As the market for NFC applications will grow, it is expected that more number of industry players will increase their involvement.

The growth of the NFC applications market is expected to be exponential with the revenue growth from $7,686 million in 2011 to $34,515 million by 2016, at an estimated CAGR of 35% from 2011 to 2016. The most attractive of all the segments is the mobile payments segment; followed by the ticketing and access control. Transportation is expected to be the fastest-growing vertical over the next five years, exhibiting a CAGR in excess of 200% (revenues). NFC-enabled transit fare and ticketing systems are expected to have a profound effect on this sector, providing operational efficiencies, increased automation, and improved customer experience and convenience.

The major players that provide chips and controllers for the NFC products are NXP Semiconductors (U.S.), Broadcom (U.S.), and Renesas (Japan).

For more detail info, see the

According to Wikipedia, big data is a term applied to data sets whose size is beyond the ability of commonly used software tools to capture, manage, and process the data within a tolerable elapsed time. Big data sizes are a constantly moving target currently ranging from a few dozen terabytes to many petabytes of data in a single data set. Big data consists of datasets that grow so large that they become awkward to work with using on-hand database management tools. Difficulties include capture, storage,search, sharing, analytics, and visualizing. This trend continues because of the benefits of working with larger and larger datasets allowing analysts to spot business trends, prevent diseases, combat crime.

Big data is a trend that's always on the forefront of tech investor's minds. Yet, the promise always seems to be slightly ahead of the growth rates many of the industry's largest players are seeing. However, Teradata's first-quarter earnings show that the future might be now for big data plays. Teradata has long been a leader in data analytics, one important part of big data. Data analytics is increasingly used by companies to mine a mass influx of information accumulating via the Internet and other computer networks. Teradata provides tools to analyze this data, including software applications and data warehouses.

According to Eric Esteve,  Smartphone shipments have topped 491.4 million units in 2011! After 304 million in 2010, that’s a 61.3 percent year over year increase, according with IDC. IPNEST has revised the smartphone shipments forecast for 2012- 2016, taking into account these latest figures for 2011: we expect almost 1 billion smartphone to be shipped in 2016.  If we come back to the actual shipments, in 2011 one out of three wirelesses handset shipped was a smartphone. This is to be compared with 2010, when it was one out of five.

With an Average Selling Price (ASP) in the $20 range in 2011 for an application processor dedicated to smartphone, this segment has represented a $10 billion market in 2011. If we look at the Total Addressable Market (TAM), it is slightly smaller… this is an understatement, as the difference between the total market and the TAM is made of the A5 (A4) shipments. Apple shipping application processor to… Apple. As Apple has shipped about 60 million iPhone during 2011, the application processor TAM is equal to (490 -60)*20 or $8.6 billion, or almost 3% of the total SC market of $300 billion.

For more detail information, please see "Smartphone shipments in Q4’11, the Milky Way the new limit!" published in SemiWiki.
Posted by Shenbo Yu at 11:38 AM 1 comment:

NUI (natural user interface) is the common parlance used by designers and developers of computer interfaces to refer to a user interface that is effectively invisible, or becomes invisible with successive learned interactions, to its users. Microsoft Xbox Kinect is a product from Xbox that uses spatial gestures for interaction instead of a game controller with acquiring the IP powering the Kinect. It is a good example for NUI.

Microsoft also works on the new products which are to possess voice as well as face recognition technology, so that your password is going to be you saying passwords in your voice, not someone else, and never a print-out of you. They’ll be able to pick you out of trouble of the crowd, says a small party, and will also be in a position to tell if you are passing on an order – since you make eye contact and move your lips (lip reading).
An additional feature identified would be a kind of 3D desktop which you can literally grab files and put them here and there. It has been tried prior to, of course, and Windows 8 looks determined two-dimensional, so it’s possibly much more of an investigation project than something else. Yet it’s still remarkable. Think of the standard expressions you may be able to make.

The latest recommend ADV7441a settings from ADI is

Some time we may wonder how these User Map addresses in settings are defined. The following Register Maps table gives answers:

Many “WLP” (Wafer-level packaging) technologies are now cruising at a very high altitude. This is serious business: over 23 billion units packaged with ‘fan-in’ as we may call it are expected to sell and be mounted in smart phones, tablet PCs or other mobile devices in 2011. For size reduction, together with low cost, remains the main driver for adoption of this technology. If ‘fan-in’ WLCSP already reached high penetration rates in mobile applications for connectivity (Bluetooth + WLAN + FM combos, GPS) and analog integrated circuits (DC/DC converters, LDO’s, ESD/EMI protection devices), it is still growing fast for some other IC types as well as in MEMS and sensors. We are not at a time to claim that “Wafer Level Packaging” is taking off any longer.

Of course, one may argue that these are tiny devices. Well, if this is true for many of them, it appears that the average size of a ‘fan-in’ WLCSP device tended to increase over the past 2 years, with many “connectivity” devices reaching sizes of more than 30mm². It was estimated that in 2011, more than 2.3 million 300mm equivalent ‘fan-in’ WLCSP wafers will be processed for the first time. All steps compounded (wafer level, die level and test),  It was estimated that the 2011 market value of ‘fan-in’ WLCSP is close to B$ 1.7.

Although costs and prices still decrease as the technology and its market mature, the market value growth rate for the 2010-2016 timeframe is still expected around 12%, 4 points higher than semiconductor packaging in general. However, this is lower than the 22% 2008-2013 growth rate computed for the same market 2 years ago. Costs kept on decreasing thanks to the end of the capacity shortage on 12-inch diameter wafers and thanks to standardizing technologies with simplified process flows. And despite technologies improved to the point that the maximum possible die size could be extended, it’s not all clear skies for ‘fan-in’ WLCSP. With the continuous fallout of Nokia on the handsets market, this is WLCSP’s historical biggest supporter which loses influence, and some tier two handset manufacturers still seem reluctant to broadly adopt the technology.

Looming over the horizon is the threat of the CMOS 28nm node technology with such a high IO density that some package with a “fan-out area” will be needed anyhow. Hopefully, A significant part of the ‘fan-in’ WLCSP market still relies on the analogue ICs on the one hand, using older technologies, and on MEMS and sensors (particularly CMOS image sensors) on the other hand. This latter device type is expected to be a high potential growth application for fan-in WLCSP in the coming 5 years: we expect a tremendous growth of up to 25% for MEMS and sensors with a WLCSP finishing over the next 5 years. All in all, ‘fan-in’ WLCSP shows the first early signs of a maturing market. It still grows faster than the average semiconductor packaging market mainly thanks to the fast growth rates of smartphones and tablet PCs in which WLCSP considerably helps save space and reduce costs.

The supply chain is still primarily led by OSATs and IDMs, But the original “Wafer bumping houses” and “wafer packaging houses” take a significant share of the market too. All the major OSATs invested in 300mm WLCSP capacity over the past 2 years. TSMC recently claimed their will to step in this market too, possibly opening the way to other foundries.

EAV (the end of active video signal) and SAV (the start of active video signal ) are two timing reference codes synchronize HD, VD, and FIELD to the video data. At the start and end of each video data block, the device sends a unique timing reference code. SAV is the start code and EAV is the end code. Between EAV and SAV, there is the horizontal blanking interval which does not contain any information related to the video signal, i.e. the digital signal does not contain the sync pulse. ITU-R BT.656 SAV and EAV codes proceed and follow valid data, as shown in the following figure. 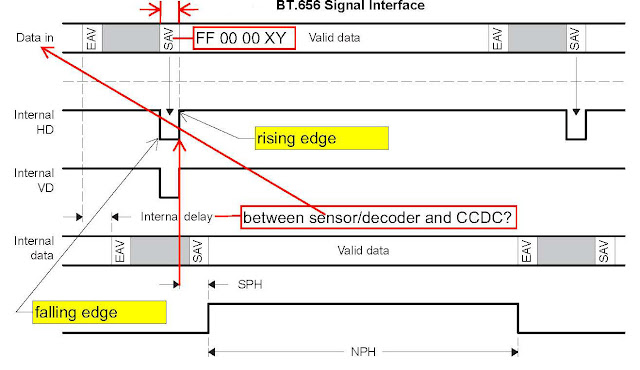 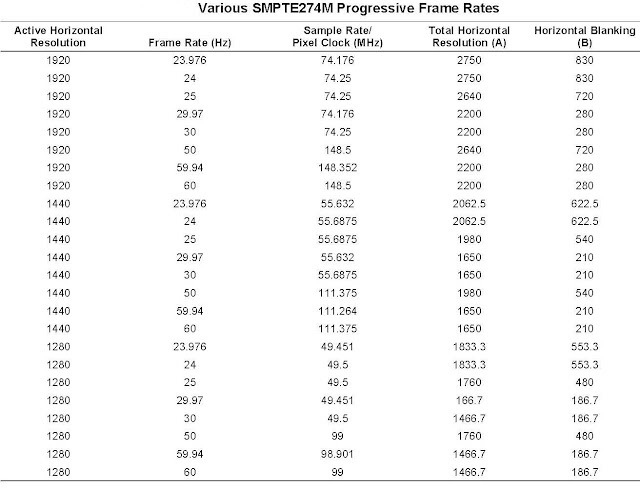