His model based FPGA design principle can be seen at 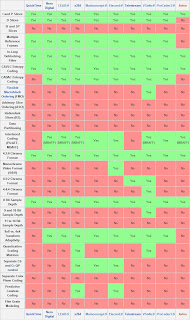 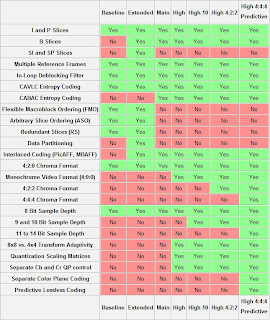 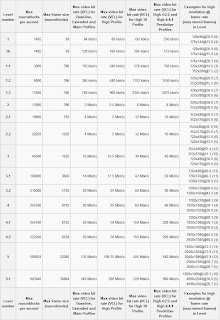 According to Tandberg VP of technology Matthew Goldman, Tandberg is the only vendor to provide a complete MPEG-4 AVC HD 4:2:2 system solution for the C&D (Contribution and Distribution) market, i.e. either backhauling signals from live events or distributing high-quality mezzanine feeds to cable headends which will then be re-compressed for delivery to the home. It was demonstrating the system in its joint Tandberg/Ericsson booth.

The new MPEG-4 4:2:2 system, which uses 10-bit video processing for improved color gradation, supports HD encoding up to the 1080p/60 format. It includes the existing Tandberg RX8200 receiver, which can be upgraded to support 4:2:2 10-bit encoding through a software option. Goldman expects the 4:2:2 system will eventually be used to backhaul feeds produced in the 1080p/60 format at bit-rates ranging from 20 to 80 Mbps.

Tandberg also introduced the EN8190 HD encoder, an MPEG-4 4:2:0 product aimed at direct-to-home (DTH) satellite applications as well as the IPTV market. Goldman says the EN8190 represents a 20-25% improvement in bit-rate efficiency over the company's previous MPEG-4 4:2:0 model, enough for a DTH operator to add one more HD channel per satellite transponder. Tandberg was demonstrating the EN8190 delivering six HD channels in 30 Mbps of bandwidth using its statistical multiplexing technology.

In another part of its booth, Tandberg was explaining how its OpenStream VOD management system can be used today to support multi-platform delivery. The demonstration showed how a VOD movie that was being delivered to a basic Motorola DCT-2000 set-top box could be paused, with the movie then being restarted as streaming video delivered to an Apple iPhone over a Wi-Fi link.

Tandberg VP of applications software strategy Michael Adams says the company will give a more in-depth demonstration of OpenStream's multiplatform capabilities at the SCTE show in Denver next month. He says the streaming form of VOD could be delivered just as easily over a wireless 3G network as over a Wi-Fi link.

"That's just a plumbing issue," says Adams, who expects that Tandberg will be involved in a commercial deployment of such multi-platform delivery by early next year.

It is called MT9J001. The detail info need to be viewed under NDA. The following is their press release.

HiSPi™ is the High Speed Serial Pixel Interface developed and owned by Aptina Imaging. The open access, scalable technology enables 1080p/60 fps performance (and beyond) and has been adopted by many of Aptina’s business partners to meet the challenges of high speed, low power consumption data transfer. HiSPi™ technology provides distinct benefits for users including open access to a performance focused interface, the ability to support 1080p/60fps today—4X the data rate of standard broadcast (DI)—and the scalability to accommodate higher data rates for the future. The MT9J001 10MP image sensor extends Aptina’s portfolio of higher resolution products, providing increased image quality and HD video capture like the 5MP (MT9P001), 8MP (MT9E001), and 9MP (MT9N001). Samples will be available in 4Q08 and limited production begins in 1Q09.
Posted by Shenbo Yu at 8:59 AM 1 comment: 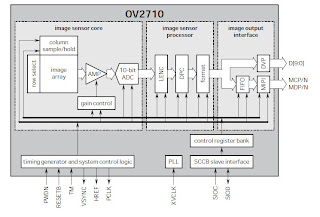 The OV2710 is among the very first no-compromise full HD (1080p) sensors available on the market, meaning it offers the HD video format with a display resolution of 1920 x 1080 pixels, operating at 30 frames per second. Built with OmniVision's proprietary 3 μm OmniPixel3-HS™ high sensitivity pixel technology, the OV2710 delivers low-light sensitivity of 3300 mV/lux-sec, dark current of 6 mV/sec and a peak dynamic range of 69 dB. This enables cameras to operate in virtually every lighting condition from bright daylight to nearly complete darkness below 15 lux.

The OV2710 supports multiple platform architectures and controllers with both parallel and MIPI interfaces. By allowing system designers to leverage the same opto-electrical design across various products and multiple market segments, the OV2710 significantly reduces product development time. OmniVision's OmniPixel3-HS pixel technology has already been proven in high quality webcam/video applications and is now available in 1080p full HD in the OV2710.